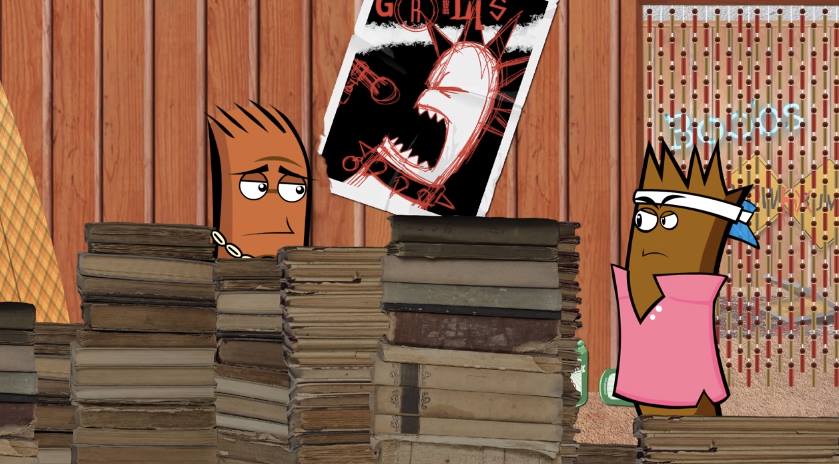 Shawna at Shouting into the Wind has posted this week’s Scribosphere Carnival topic which is TIME CAPSULE.

This topic is actually a 3-parter. First, recount your journey in screenwriting up to this point in time. Second, tell us where you are on your journey now. Finally, for the really fun, creative part — blog as if it is one year from today. What has the past year of your journey been like? What has changed? Be as realistic or not as you like — it’s your time capsule! One year from now, we will revisit our time capsules to see how we did with our predictions… Your post can be as long or as short as you like — the most important thing is to have fun with it!

A Short History of Getting Into This Writing Thing.

I say “short” because I’ve only just begun my arduous journey into screenwriting. This business started when I got the itch to get into filmmaking and made my own independent, feature-length film. Learned a lot on set and in the editing room, namely that I needed a lot of work before I could get anywhere with this. I went to the local university hoping to find a robust film education and community. It was nowhere near adequate and was ultimately a hindrance so I packed up and moved out to Chicago to go to film school.

Learned a lot of interesting things there and met a lot of great people. Started writing some screenplay drafts and took as many different classes as I could. From there I got work at a web animation startup as a “writing/editing intern,” and met I Tom, who taught me much of what I know now about writing for animation.

Eventually, the call of LA reached our ears and we begrudgingly packed up and left. Yes. Begrudgingly. We really liked Chicago.

Once we arrived in LA he started getting work at Animation Studios and I meandered. I knew I had arrived to get into screenwriting, but I was broke and needed some kind of 9-5 that could pay the bills. I shelved the writing for a bit and got a job at a notable shoe store.

And then I got married.

And then I got a daughter.

A Sausage Fest and Several Drafts!

Right now I am a writer for a show called Sausage School, and a show called Tequila Tae Kwon Do, both of which are featured on Toonocracy. The short form writing has been kind of a godsend, especially now that I’m juggling work and parenting. I’ve still got a bunch of drafts sitting on my computer, waiting to be finished. One is a Steampunk Western Revenge flick, and the other is a cynical Romantic Comedy. There are also a dozen scribbles in a notepad that constitute ideas.

Progress is progress, even if it’s small…right?

My goal is to one day make this writing thing my 9-5, whether it be writing for cartoons, writing for features, or writing for television. I get asked for specifics when I tell people I’m a writer. “Well, what do you want to write?” they ask, to which I reply, “Stuff people would pay for.”

A Step Into The Future!

FUTURE JONATHAN sits in a rocking chair, laptop at the ready. He clacks away at the ancient MacBook, occasionally hitting the backspace and swearing under his breath.

We hear a familiar WHOOSH-WHOOSH and a TARDIS appears nearby.

The doors swing open and out steps PAST JONATHAN. There’s a look of understanding between them.

PAST JONATHAN
Is this the–

FUTURE JONATHAN
I know. I’m starting to think that was a bullshit promise. Maybe next year, right?

From within the TARDIS.

FUTURE FUTURE JONATHAN (OS)
Nope. Not then either.

PAST JONATHAN
Okay. Would love to stay and wreck the continuum, but I’ve got to ask…did we make it?

FUTURE FUTURE JONATHAN (OS)
We came here for this?! You could have just asked–

PAST JONATHAN
Shh. I wanted to pinpoint when.

FUTURE JONATHAN
We’re close. Uploaded a few scripts to The Blacklist. Got some decent feedback.

PAST JONATHAN
(to Future Future Jonathan)
Well, then why don’t you tell me about where I am in 2015?

Past Jonathan sighs. Future Jonathan sets the laptop down and goes over to our distressed protagonist. He pats him on the shoulder. Doc Brown and The Doctor simultaneously have heart attacks.

FUTURE JONATHAN
Don’t sweat it, man. Balancing it all becomes easier. Karina gets older and more self-reliant day by day. You write when you can and you hustle when you can. We’re not there yet by a long shot, but you have made new friends and they have helped you come a long way.

PAST JONATHAN
Yeah. Thanks!

Past Jonathan gets back into the TARDIS and it disappears with that familiar WHOOSH-WHOOSH.

Future Jonathan chuckles slightly and gets back to work on Transformers 10.