Travis McClain, Nathan Chase and my girlfriend Jandy Stone did this neat thing where they posted their 100 favorite things about the movies

The rules–set down by the original prompt by Beau Kaelin–are quite simple and are as follows:

Rather than posting your 100 favorite films (which has been done and overdone), you simply post your favorite things about movies. I dig the concept, because instead of obsessing over whether the films you put on a list are “objectively good enough” to put on said list, you simply jot down 100 moments/lines/visuals that have made a lasting impression on you or sneak their way into running gags between you and your friends.

Below are such 100 such moments/lines/visuals that have made quite the impression on me over the years. They’re not in any particular order, nor are they really all that definitive. I’ve more than likely left some stuff out, which I’ll of course realize after this goes to post.

Be warned: there are a shit-ton of youtube embeds in this post, so if you have a slow connection you might want to go run some errands as everything loads. Where I couldn’t embed clips I put images linking to the youtube clips. If I had my way I’d have every moment on here be youtube embeds, but alas!

Anyway, here’s 100 Things I Love About My Favorite Movies

[EDIT 12/4/11: Added pagination to split up the post some. You should see the links to go to the other pages underneath the share links and the “similar posts” widget-thingy.]

What better way to start off this list than with the opening credits to my first foreign film. If it were legal to embed every minute of this gem, I would.

Really, the whole film is fantastic, but I kind of love every moment that this character is onscreen.

I like long takes, and this one from does a great job of setting up the scene before shit hits the fan. My absolute favorite part from this sequence is the glimpse of the kitchen you get as the camera swoops up. SO FUCKING GREEN.

Kim Pine & Stephen Stills in Scott Pilgrim Vs. The World

I suppose I identify most with Scott Pilgrim, but my favorite characters in the film are most definitely Kim and Stephen. Case in point: the cutaways to Kim’s scowling face and Stephen’s freak-out during the Crash and the Boys show. 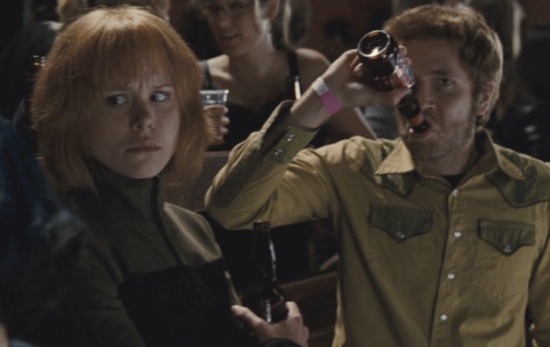 The Opening to Once Upon A Time In The West

The opening to Once Upon A Time in the West is amazing. There’s no dialog or music for roughly ten minutes and yet it’s perhaps the most thrilling scene I’ve ever encountered in a western. Sergio Leone is, as Knives Chau might say, “Amaaaaaaaaaaaaaziiinnggggg!”

The Balcony Scene in Annie Hall

It’s a great scene from my second favorite Woody Allen film. Or is it actually my favorite? I dunno. This and Manhattan kind of switch places every now and then. 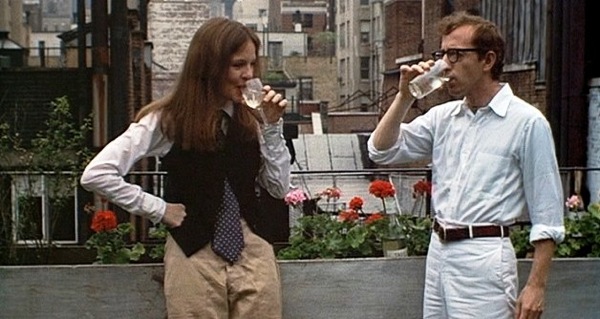 Romeo and Juliet is perhaps my least favorite Shakespeare story out of the bunch; or at least it was my least favorite until I watched Baz Luhrmann’s exciting adaptation. Claire Daines and Leonardo DiCaprio pretty much own their respective characters and the scene where they meet for the first time is romantic. Like REALLY romantic. 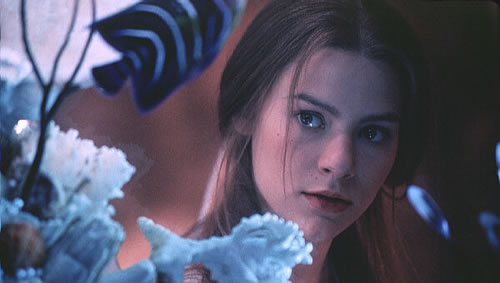 Klaus Daimler in The Life Aquatic

Every moment that this character is on screen is a brilliant moment. Willem Dafoe pretty much steals the show here.

Not a huge Ben Stiller fan, but he’s absolutely delightful in this film as Mr. Furious. His usual shtick plays out best amongst the obscenely wacky cast. Best deconstruction of a super hero film? MOST DEFINITELY.

The Opening Credits of Casino Royale

The opening credits for Casino Royale are perhaps my favorite for the series. If that’s blasphemy to the other Bond openers, then so be it.

Whammy Burger Scene in Falling Down

“I think we have a critic! I don’t think she likes the special sauce, Rick!” While Falling Down kind of falls apart in the third act, it still remains one of my favorite films of a white-collar worker finally losing it on perhaps the hottest day of the summer. And this scene is perhaps my favorite out of the entire film.

Your Song in Moulin Rouge

I seriously had trouble picking out my favorite moment from this film, since there are so many. What eventually made me pick this one was the sheer charisma of Ewan McGreggor in this cover of the Elton John song.

Ennio Morricone is a musical genius, and his opener to The Good, The Bad and The Ugly fits perfectly in this scene. Kudos to Quentin for being able to evoke such a strong emotion from an already strong musical piece. Both this scene and the original play in my head when I hear this.

My first experience with Christian Bale is this film, and what sold me on him was this very scene. Now go from this to The Machinist and you’ll understand why he’s a favorite actor of mine.

If all you’ve experienced of Vincent D’Onofrio is his stint on Law and Order: Criminal Intent you need to go watch this film ASAP. More specifically, you need to watch this scene that ends the first (and best) half of the film. It’s quite an unforgettable moment. 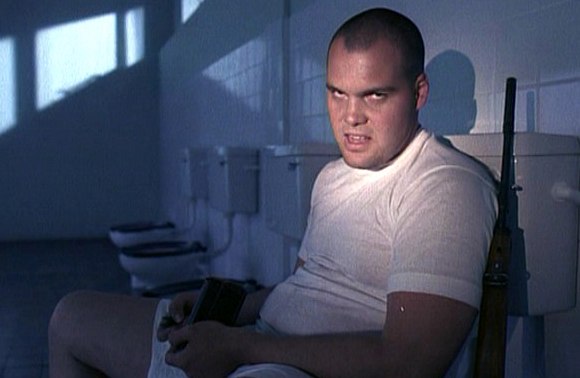 The Impregnation Scene In Slither

What a delightfully disgusting film. The scene in which Michael Rooker impregnates the woman he was having an affair with is perhaps my favorite thing about this film. Doesn’t hurt that it’s juxtaposed with Nathan Fillion putting the moves on Elizabeth Banks while some lame-ass country song is playing. The effect is a bit unnerving. 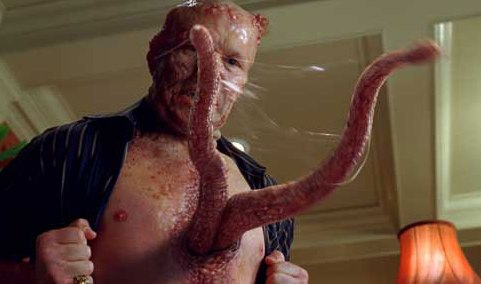