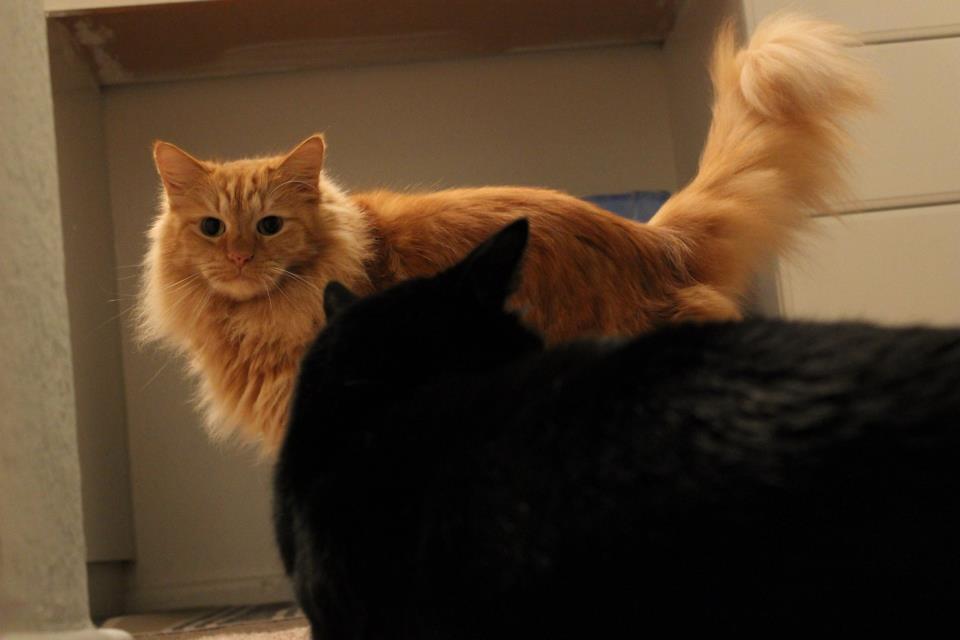 Today we deal with the pros and cons of surprise attacks!

KILLER sits in the middle of the living room, grooming himself. He’s thorough, unlike a certain “other” cat.

He changes his mind and returns to the hallway. A split second later he peeks his head back out to stare at Killer.

Killer continues to groom himself, unaware of Dave’s presence.

Dave goes into HUNTER MODE. We cut to…

We cut back and forth between Dave’s Hunter Mode and Killer grooming himself.

Dave gets even closer. Killer Grooms.

Killer is suddenly alert and looks up at the ceiling. In a panic, Dave scurries back to his perch behind the corner, claws scraping the fine wooden floor (there goes the deposit).

He goes back to grooming himself.

A beat and Dave resumes his attempt at a sneak attack.

We cut to a wide shot as Dave advances on Killer. He gets right behind killer and prepares to pounce.

Killer looks back at Dave.

Dave looks down at his vomit. A moment passes and he sniffs it.