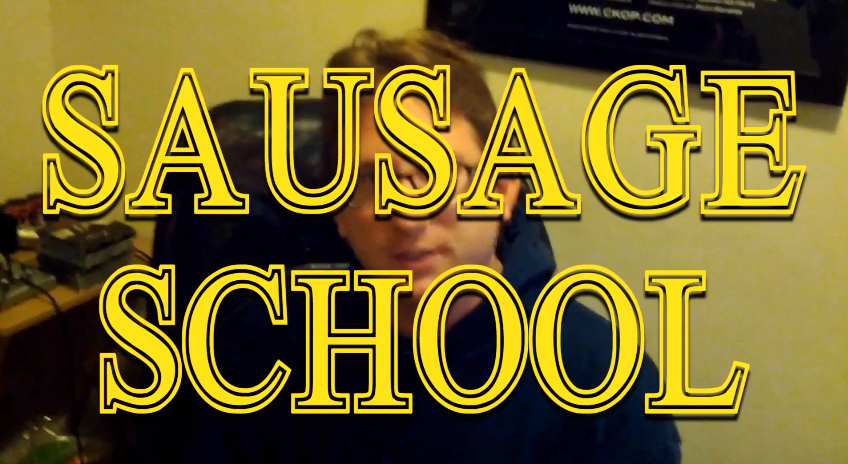 THE HOTTEST DAWGS IN TOWN!

There’s an internet series that’s taking the world by storm, and if you blink you’re going to miss it. Tom Riffel and Jonathan Hardesty have a hot commodity on their hands and it is called SAUSAGE SCHOOL. The premise is simple, but the show itself is not. Three “bro” sausages bounce in and out of cheesy puns and dry humor faster than you can say, “damn, what a nerd!” We were able to sit down with the creators and get an exclusive look at what makes the show tick as well as a sneak peek at the future of the series!

Q: How did you guys meet?

T: We were both working at the same studio and Jonathan kept coming over to me to ask me about what I was doing. He was really excited to learn about everything that was going on. It was annoying. Finally, after a few weeks, I gave up being an asshole, and we became good friends. Jonathan always wants to work on stuff together so I pooped out Sausage School to pacify him. Little did I know it would become one of the most loved Youtube shows in history!

J: I knew the moment I saw Tom that there was something there. I can’t really explain it other than to say that it was a “gut thing.” He was animating something and had this look on his face that said, “What’s the point of anything?” and all I could think was that I would do anything to work on projects with him. After we got shit-canned at that studio, I asked if he had any cool ideas we could work on together and the rest is history. 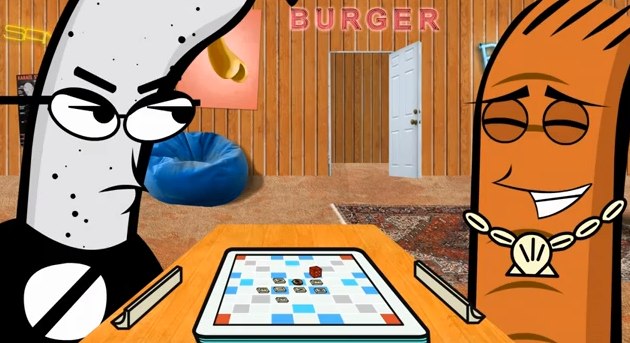 Q: What was the inspiration for Sausage School, and did you think going in that it was going to take off like it did?

T: The inspiration was to get Jonathan off my back. That and I thought that we could build a media empire off of a single joke: What do hot dog frat boys call each other? Brahts. The response has been phenomenal! We set up a Kickstarter to fund the completion of season 1 and ended up making almost 400% of our original goal. The fans have been super supportive and there’s been clamoring for a season 2 already! Not to mention merch….

J: I think it was Tom who made the first hot dog joke, and it snowballed from there. When it came time to present a show idea to the moguls at Toonocracy, I felt it would be the perfect match. What’s better than frat dogs calling each other “Brahts?” Nothing. Thankfully, they agreed and WHAMMO! From inside joke to internet sensation in no time!

Q: Which character do you identify with the most and why?

T: I identify with Sydney because I voice him. He is me. I’m actually a tall, grey Polish sausage. At least I think that’s what he is. I don’t know. I didn’t do much research into hot dogs.

Q: Any plans for a Season 2? What kind of shenanigans can we expect at Frankfurter Upsilon?

T: We can expect a new background. Maybe some more, like, moving and stuff. Blinks. I dunno. Leave me alone.

J: I’m sure there’s an actual plot we can come up with.