As you read this I’ll be on the road toward California once again, ending my luxurious holiday vacation. I had a lot of fun with the family and I miss them already. Thanks to a rather rocking last few months of 2010, I’m pretty stoked for what’s in store in the new year. Here are some goals I’ve set for myself, separated by topic. YAY LISTS!

-Complete the two scripts I have in early draft stage.

-Get all current web series ideas through the writing stage.

-Write 3 short films and shop them to Columbia College friends.

-Write Sci-Fi novel I had intended for NaNo.

-Keep track of every day that I write in a cool excel spreadsheet, and try to work my way up to writing something every day.

-Start Hilarious Henry back up, streamline that whole ish.

-Write a footnote into my blog for no other reason than amusement and self-deprecation.

-Get a better job, one that I can stand as well as one that pays more than my current place of employment.

-Go on at least one road trip.

-Pay off my credit card completely.

-See roughly double the films I saw in 2010 and use flickchart to keep track of them.

-Play through at least 5 more video games this year.

-Expand my social circle some and find someone else who writes.*

*This is actually a tougher one than it sounds because I haven’t met a writer in person whose company I’ve enjoyed. This could be why I don’t have many friends. 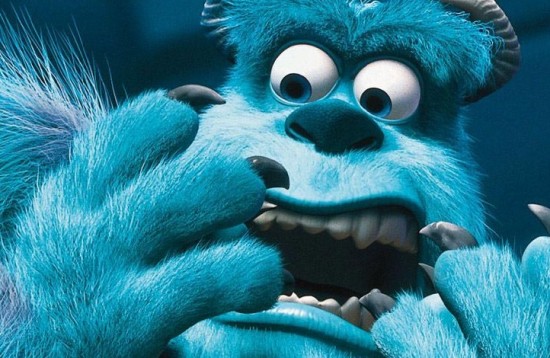 At about this time last year I started actively looking for a new job. My previous internship had let me go earlier than expected and I was in the lurch for around a month and a half. The supervisor half-jokingly asked me what I planned to do for the rest of my summer, at which point it dawned on me that my last days there were coming up fast. Well, I found an ad on craigslist that intrigued me somewhat. It was for an internet startup and it sounded hip. The wording was chosen, and careful. They wanted someone who could be their right hand bitch, who was good at being a yes man, and who was exceptional at hand massages. Since I fit within those parameters, I e-mailed the company.

I got a warm response back and an interview was set for the following week. This was good news, as the last of my funds were almost gone and I had just moved into a new, more expensive apartment. I anxiously counted off the days until the interview, driving everyone within earshot batty with my excitement. “I’ve got an interview,” I’d say. “Cool,” they would say, and then ignore me.

I went into the interview unsure of what to expect. Sure, the ad was hip and friendly, but that kind of writing can be bought. I half expected to walk into a big office and get interviewed for a telemarketing job, or something in (gasp) data entry. The neighborhood looked rough. It was west of the loop, so I wasn’t entirely surprised, but it didn’t ease any concerns I had. “I’m going to hate this,” I thought, which brought me back to previous arguements with the then girlfriend and family about work and how I was being too “picky.” Perhaps things would suddenly improve when I reached the building.

They did. The lobby was nice, clean and professional looking. The entrance to the actual office was well kept and looked new. I peaked around the corner into the main office and saw a command center, essentially. Computers everywhere and people on them clacking away and adjusting their headphones. I made eye contact with the guy who had written the ad and he leapt to his feet, excited to see me. We shook hands awkwardly (my fault) and I introduced myself. We went into a meeting room and he explained what the job would be. “We do animated videos on the internet,” he said. Any being of lesser evolution might have shit himself at this, but luckily I had just leveled up in “composure.”

The interview went well, and I was asked to take a test. Nothing too complicated, I was told, just a video editing test, a flash animation test, and a sound editing test. The animation test had me worried, since I had never used Adobe Flash in that fashion before. The most I had ever done was draw sprites for my webcomic, which I then hastily put into photoshop. To say that I didn’t know it could do animation wasn’t too far from the truth.

Flash animation test. Wasn’t all that bad. Winged my way through it and the scene turned out okay, if boring and uninspired. Luckily, this wasn’t an opening for flash animators. I was told that I would be given a call back if I got the job, and that was it. So, I went home and waited. About a week or so later, I got a call back and they told me I had the job if I wanted it. I looked at my bank account, nearing zero, and said the most hearty “hell yes” I had ever uttered in my life. I felt good. Things were looking up for me, after all.

My first day at work was interesting, as is most “first days” on the job. The boss took me to the meeting room and laid it out on the table for me. I would be an intern, I would be paid such and such amount, and if “I fucked around on the computers” and didn’t do “my job” I would be canned. These weren’t unreasonable demands, so I signed the papers.

Next came the introductions. The first person I was introduced to was one of the lead animators, Tommunism. My first impression was “Holy shit, Alex Albrecht is an animator,” which is odd considering the two don’t really look all that alike. I think it might have been the hair-do or something. But anyway, he seemed really cool. We traded pleasantries and I was introduced to the next animator, Patach. I distinctly remember thinking that I had seen him around Columbia at one time, but then I got distracted by the big piece of equipment at his desk. He was using a Cintiq, which I had never heard of before. My eyes widened when I realized what all you could do with it, and I made a mental note to bother this fellow every chance I got.

The last animator I met was the “lead animator,” who seemed really nice. We didn’t talk much, mainly because I was scooted off to the next set of people to get introduced to. Once this game ended, I was given a computer and began the job I was hired for. As I waited for the OS to install on the computer I would be working on, I couldn’t help but think that things were going to get interesting.