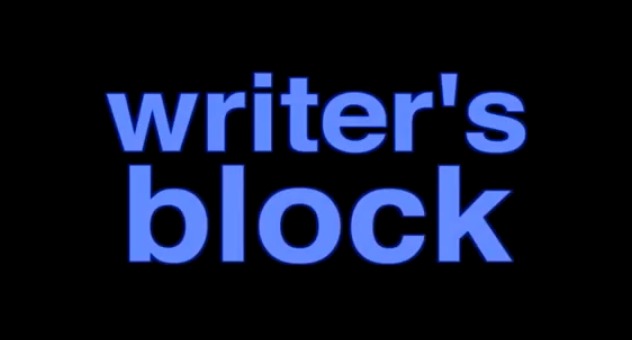 The purpose of this Production 2 final project was to learn how to create non-sync sound films using the vast sound library at our disposal at Columbia College. We shot our films on 16mm bolexes using color or black and white film stock. It took a few weeks to get the story finalized and then the equipment rented, and about an entire day to shoot. I utilized the apartment I had just moved into as a place for the main character to reside. This is what we would call using what you have at your disposal.

The story. Writer’s Block is the epic tale of Jeff, a poor writer plagued by that most evil of nemesis, Writer’s Block! He must search within himself to defeat this most wretched of foes and create a truly wonderful masterpiece.

Jeff practices his karate in an outfit that’s much too small for his frame. It’s completely dark in the background, save for a chair off to the side that isn’t properly masked.

NARRATOR
The young hero trains to fight the man who killed his uncle, hoping to beat him in a regulated karate match!

More kicks, none of which are impressive.

Suddenly a NINJA appears behind him and grabs his head with his large hands.

NARRATOR
AND THEN A NINJA KILLS HIM!

Block grabs a rolled up newspaper and whacks Jeff upside the head with it.

NARRATOR
Make that a gay ninja.

Snap. Off comes the mask and–