TODAY: What movie have you watched the most in your life?

There are a lot of films that fight for the position of “most watched” in my repertoire. You’ll probably even see some of them pop up later in this movie challenge. These are the films that I will randomly quote even when no one has any idea what I’m talking about. I’ll make references to these films when I’m around people who don’t really watch films, and more often than not awkward silences will ensue.

But there’s clearly only one film that stands out among the rest and gets top bill as my “most watched,” and that’s Pee Wee’s Big Adventure. Take the zaniness of Pee Wee’s Playhouse and give it a Tim Burton spin and this is the result. It’s quite brilliant, really.

Click the image to watch an iconic clip from this film. 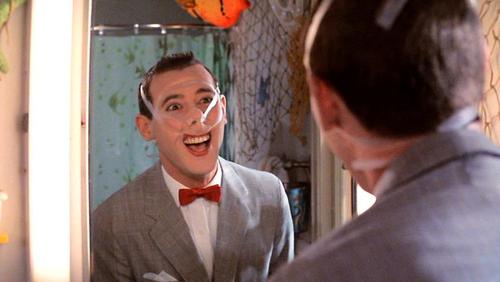