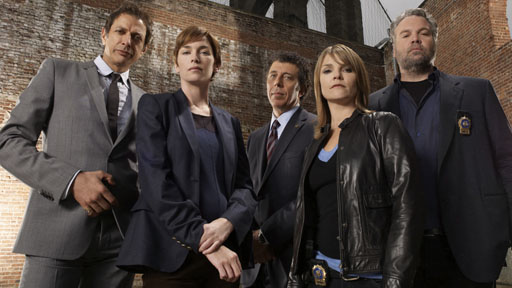 Have you seen True Blood? Have you seen Weeds? How about Dexter? Hung? Sopranos? Dead Like Me? Six Feet Under? Really, have you had the pleasure of watching anything on the premium channels? Unless you’ve been living under or rock or lack an internet connection, you probably have. Chances are, you’ve raved about at least one of these shows to your friends. Makes sense. Want to know why? These shows all share one thing in common:  they know how to create damn good stories. Can you say that about regular cable?

Let’s do some comparison between shows on the premium networks and your basic cable.

On your basic cable channels (including ABC, NBC, and CBS) there’s a higher chance of “miss” versus “hit.” Granted, these channels produce a lot more content than the premium channels, but most of them are just garbage. NBC and TNT are great examples of this as they surround their flagship shows with forgettable tripe. Really, what show was worth staying to see after Chuck on Mondays? Heroes? Maybe back in season one. How about The Office? Does anyone recall what shows surrounded that hit?

With TNT, were ANY of their “originals” any good? It seems like every week they put out ads for some new, bland show that rocks a tired premise. HawthoRNe? Gimme a break. I think we had enough of the nurse with a heart of gold story line. ER, anyone? A few shows had some promise, but then faded due to lack of viewership, which brings up an issue I talked about awhile back with the way that TNT advertises their shows versus USA. Point being that these channels flop way more often than they succeed.

And then there’s TBS. The only show worth watching on that channel is the syndicated episodes of The Office and Family Guy that they air.

With the premium channels, the chance for hit or miss is skewed more toward hit as they put more “oomf” into their marketing and have much better storylines in general. It’s almost worth the infrequency of new shows when each season of their flagship shows are continually solid and entertaining. Dexter’s second season, although not my favorite, is still leaps and bounds superior to a lot of the regular cable fare.

The basic cable networks are limited out of the gate in what they can put into their shows in terms of adult content and graphic violence. If you know me at all, you’ll know that those are the two things I’m a huge fan of. I like that my shows are gritty, and I like it when my favorite television characters swear like real adults do. I like when two characters cut the flirtatious bullshit and get to the sex. Witty, flirtatious dialogue and camera suggestion are all that the basic cable channels have (to protect THE CHILDREN) which oftentimes leads to some HORRIBLE exchanges.

GUY: Are you a thief? Because you stole my heart!

GIRL: I have an apartment.

Granted, the more successful basic cable shows can work around these limits and still produce engaging content (see: anything Joss Whedon does). But oftentimes I find myself wishing that the characters in a show weren’t so damn bound to the rules of basic cable. With premium channels, anything goes. Kind of liberating, ain’t it?

Premium cable shows have the benefit of having a better handle on their story arcs than that of their regular cable counterparts. You ever find yourself wishing that something more significant would happen to the characters of The Office ala Jim’s transfer? Ever wish that someone in Heroes would JUST FREAKIN’ DIE ALREADY? *cough*claire*cough*sylar*cough*peter*cough* Again, the point is that a majority of these regular cable shows need to keep going if they’re successful, so any major changes that get rid of favorite characters or dramatically alters the formula just can’t happen. It’s not really the writer’s fault for this, since it’s a mandate from above, but it really hurts the show’s ability to grow and evolve with the characters. The only shows that I know of that can escape this issue are the procedurals, which aren’t necessarily about the characters themselves.

Anyway, those are just some of my thoughts on the matter. Agree? Disagree? 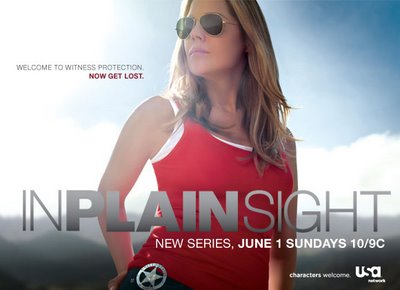 TNT and USA have a distinct way of marketing their television shows. When I watch these television spots, I feel a very distinct way about each and I wonder if anyone else feels the same way. For the TNT ads, I feel dismissive and jaded when the ads cross the screen. This “meh” reaction turns to scorn and then I end up making some kind of insulting quip to the television show. Case in point, HawthoRNe. We see sweeps and zooms of Jada Pinkett-Smith standing all dramatically with voiceover about how she’s the nurse who’s got EVERYTHING and stands up for the little guys. The commercials just bleed stupid and I hate them.

And then there are the USA ads, which feature similar sweeps and zooms, but have the opposite effect on me. I think “aw damn. I gotta see that!” or “Ooooh, this is kind of cool. I gotta see that!” or even “OH SNAP I GOTTA SEE THAT!” It might be that the production value on these commercials are much better and feature the characters doing interesting things. It could also help that they really work at teasing you as opposed to hitting you over the head with how awesome the show is.

Anyone else notice this?

The extent of my advertising knowledge comes from a focus group I participated in around a month ago. They placed a plethora of ad campaign trials in front of us and asked us what we thought about them, if they worked and what we got from the “slogans” presented. I gave my input, participated in the discussion, and took my pay as soon as I left the office room. That was it. Minimal effort for minimal gain. In short, kind of a hollow experience. When I was given a screener copy of a new TNT series called TRUST ME, I pretty much expected the same sort of thing.

If you don’t know, TRUST ME is a new contemporary drama series airing on TNT in January. It’s about two ad men, Mason (Eric McCormack of Will and Grace) and Connor (Tom Cavanagh of Ed), and their partnership in an ad agency based out of Chicago. Throughout the series, the two work together to maintain their contracts with “unreasonable” clients while dealing with their ever-complicated personal lives.

The screener DVD I received had the pilot episode as well as an unfinished cut of the second episode “All Hell the Victors.” The first episode introduced me to all of the characters by telling me their names, and what they do for the company. The gimmick played out in a glib manner, labeling the CEO as “The Boss of Everyone” and the others as the boss of somebody else. One guy got the unfortunate monicker “The Suit.” In my mind, I was ready to check out. Here was a show that promised edgy and ended up using tired gimmicks to help me distinguish the characters that weren’t the leads. Not a good start.

But that changed with the introduction of the two main characters, Mason and Connor. They are the strength of the two episodes I saw, being the most realized out of everyone else and given the most life thanks to McCormack and Cavanagh. Some of their interactions bordered on over-the-top, but not obnoxiously so. And when it comes down to it, the two were just fun to watch onscreen.

But like I said, the rest of the cast bordered on forgettable. I have a feeling, however, that this complaint will fade away as the series progresses. There was a particular scene between Mason and a new copywriter (Monica Potter) in the second episode that was particularly telling of the idea behind TRUST ME. Simply put, it’s about the characters.

Perhaps the weakest aspect this show, and the thing I have the biggest complaint about is that the series is set in Chicago but not truly “set” in Chicago. We get the usual cut-aways to the Chicago skyline or some piece of dialogue telling us that we’re in Chicago, ala MY BOYS, but not much more. If you squint in the first episode you can kind of see a RED EYE dispenser and the elevated tracks along Lake. I had to re-watch the scene a couple of times to tell that it was actually shot in the city proper. The show was created by Hunt Baldwin and John Coveny, who have over 20 years of experience in the advertising world having worked for J. Walter Thompson and Leo Burnett Advertising in Chicago. Considering all this experience and time in the city, one would think that they could have infused more of it’s personality into the show as well. No joke, one of the characters looks out the window of his office and exclaims, “Aahh, Chicago!” like he’s lived there his whole life. Don’t buy it for a bit. Here’s hoping that this changes in future episodes.

So, I suppose you’re wondering if the show is worth watching or not. Apart from a few issues like location and weak side characters, TRUST ME is actually a rather compelling drama. It’s fast paced, energetic, and the leads are extremely likable. That’s enough to get me hooked for more episodes at least! If you can, be sure and check out the premiere on Monday, Jan. 26th at 10pm (ET/PT). You won’t be bored, trust me.