I arrived at the Will Call line excessively early, which is to say that I arrived almost two hours before the screenings were supposed to start. Not entirely sure what to do or where to go, I milled around what looked like the Will Call booth. A few people had taken their seats behind the tables and the whole affair looked really fancy. I thought to myself more than once that this AFI Fest was in fact “really fancy.” A security guard walked over and I asked if this was the Will Call line. They said yes, and that I should stay in this area. When a regular pedestrian decided to pass through, the guard’s demeanor changed immediately and they told off the hapless wanderer. Heh.

After a few minutes of waiting, another security guard showed up. This one seemed more knowledgeable. He told those of us in the line that we needed to back up to the Will Call sign which was stationed boldly ten feet behind us. Line chaos ensued and we all reformed back at the new line. Somehow, I maintained the same spot.

Not too long after that I got bored and decided to check in to Foursquare. Noticed that a friend of mine had checked in and was in the nearby area. I texted to say I was waiting in line and they informed me that I was in the wrong one.

We met up at the correct box office and I grabbed my myriad of tickets. The guy behind the desk was nice and made sure to hand me an envelope with my tickets so I could have a safe place to store them all. I’m not a very coordinated individual, so I spent a good chunk of my time between the box office and my first screening trying to get those suckers tucked away.

I’m a little inconsistent and finicky when it comes to documentaries in general. I like being introduced into worlds I’m not familiar with and educated on their histories, but I have little to no patience for being preached at. It’s why I consider This Film Is Not Yet Rated a terrible film, even though it’s subject matter is fascinating. I’d rather get information that I can later tack an opinion onto than have opinions thrown at me about something I know little about.

Free Radicals is a history lesson, and I’m quite okay with that. Knowing nothing of experimental film, this was a fascinating journey through various artists

Saw 2/3 of the film before having to duck out for the rush line for Rubber. Very fascinating documentary on experimental film. Then again, I like documentaries that tend toward history lesson versus having a strict agenda. Perhaps the best parts out of what I saw were the shorts that we got to see in their entirety. When I get a chance, I want to try and see this again.

Waiting in the Rush Line for this film was an interesting experience, and I think one that helped inform the film I was about to watch. Ahead of me were a large group of people that weren’t speaking English and laughing REALLY loudly, and behind me was a fellow and his father keeping strict count of the lines and trying to analyse their chances of making it in. The guy behind me mentioned once or twice that we should riot if we didn’t get in. His method of lighting garbage cans on fire and throwing them into the theater seemed like a terrible idea.

Why did I tell you that anecdote? It’s simple. No reason.

Rubber is a film whose main premise is that things happen for no reason. If you keep that in mind, you’ll enjoy the hell out of this film. The story is about people watching a movie about a rubber tire that can explode things with it’s mind. And that’s just the first twenty minutes. I wish I could formulate better what makes this film so great. It manages to poke fun at audience sensibilities and deconstruct B-movies all the while being a B-movie itself. The layers to this film pile on for a really fun and engaging experience. If you get a chance to see this film, don’t pass up the opportunity.

It’s tough to be harsh on this film, considering it’s troubled production history. At the same time, I can’t give this film that glowing of a review. Cargo is an ambitious film that gets lost in it’s pacing and inability to focus on one plot thread for too long. The visuals, which stand out the most here, are a treat and give you a real sense of scope. I don’t think I’ve seen a sci fi film recently that gives me quite the menace of space that this film did. And the sound work was exquisite at minimum. Every piece of metal groaned and wailed under the cold and the overall ambience really helped to sell the more terrifying parts of this film. The acting was top notch and I bought that these people lived within this world.

Given how long it took to make the film, it’s understandable that the focus of the film would get mired. Still, you have to marvel at the end result with a meager $2 Million budget. This is an impressive film, and I REALLY hope I can see the next Ivan Engler film soon…provided it’s not a Western Musical.

(Stay tuned for Day 2, in which I see the most films I’ve ever seen in a day and I discover just how influential Michael Jackson really is!) 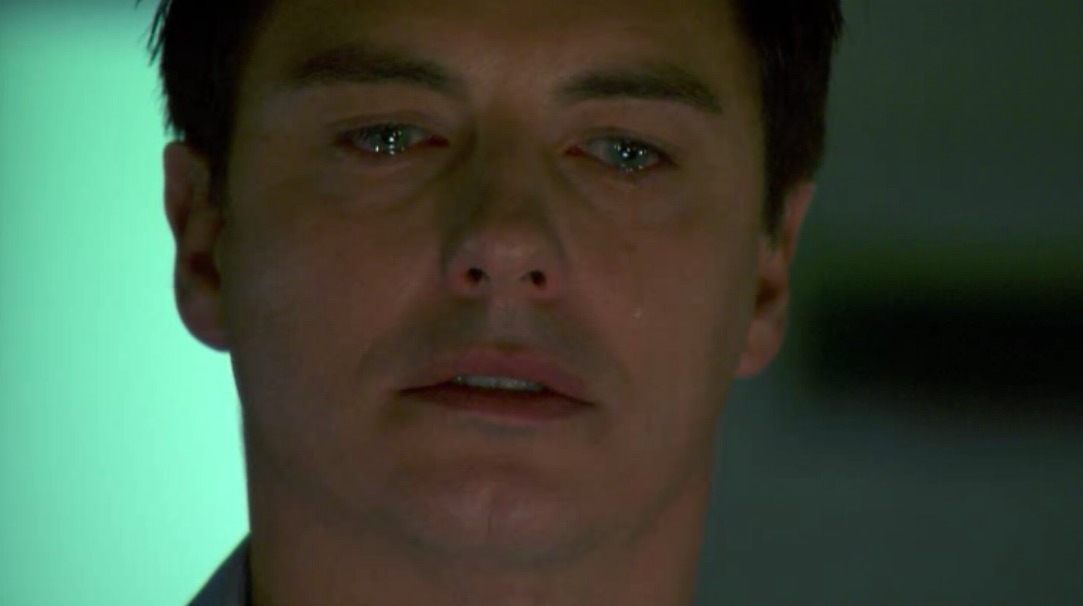