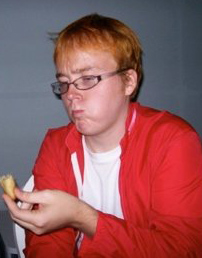 If you haven’t heard yet through the social network grape-vine(s), I’m co-hosting a new podcast with three friends I met on the internet called Generation Tech. The team is comprised of yours truly, Matsie, Matt, and Mike. We gather on skype each week to record our thoughts and feelings about the tech world today and it’s implications on our lives, all the while talking trash. It’s truly a remarkable endeavor and it’s been nothing but a blast these past few episodes. Granted, we’re only coming up on our fourth episode, but don’t let that deter you. Get in on the ground floor and check us out. We also write articles throughout the week and spend copious amounts of time on twitter, friendfeed and facebook. (Add us, please….or else)

I’m also working on various writing projects and generally keeping as busy as I possibly can. Don’t really want to spoil anything or give away too much too early, but I think there is some promising content coming your way. Anyway, that’s really all I have for you this evening. Before I go, here’s a song that’s been running through my head all night. Ciao.