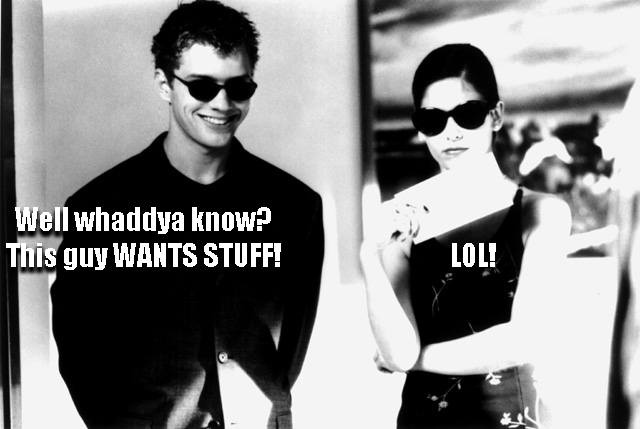 A most special holiday is approaching (hint: it rhymes with ‘sly firthday’) and I thought I would share my wishlist with you guys, since I know y’all want to buy me nice things! I’ve had this Amazon wishlist set up for years and went through it a bit last night to get rid of old listings and items I’ve gotten over the years. Kind of a strange trip down memory lane. “Oh yeah, I wanted that once!” or “Why did I ever want THAT?”

Anyway, enough about my weirdness. Let’s recap my wishlist!

I don’t need to have the most up to date things, but being behind by two OS versions is kind of ridiculous. The Chromium builds don’t work, and a few other programs that I’d like to use won’t install because my OS is as old “as the dinosaurs.”

I like this show, and would love to have it be a part of my collection.

Read the first book and I’m interested to see where the story goes. There’s also that movie coming out in the not-to-distant future so I’d like to be caught up before that releases to the general public.

Perhaps the best and worst summer of my life was spent watching the entire Six Feet Under series. I’m very interested in re-watching this in the near future.

Yep. So, that’s pretty much it. I’ve reached a new blogging low. Join us next week when I ask for spare change.